Many people try to remove and clean mould on their own as it can appear to be a small problem that can easily be dealt with, however there is often more damage than meets the eye

DIY has grown in popularity thanks to television shows like The Block. While DIYing can be a great hobby to involve the entire family in and save money, what about when it comes to major issues like mould removal and remediation?

When mould is present in your home, it can be a very serious issue with most of us being unable or unaware of how to remove it. When it comes to mould removal, should you try to DIY or is it a task to call in the professionals?

The Considerations of DIY Mould Remediation 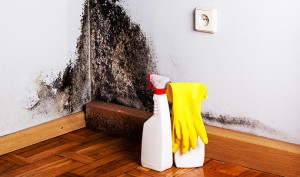 Many people try to remove and clean mould on their own as it can appear to be a small problem that can easily be dealt with, though there is often more than meets the eye

There are many varying factors to consider when it comes to mould in your home. Whether you have a leaking tap, broken pipes, poor ventilation in the bathroom or have been hit by a flood, the solution to your mould remediation needs will vary greatly. When deciding whether to tackle your mould removal yourself, there are several considerations to contemplate.

1.  How much mould is present in your property?

It can be very difficult to assess the actual damage and size of the mould colonies and growth in your property without an accurate mould inspection occurring. Surface mould is much easier to deal with and contain in most cases and can generally be dealt with sprays and cleaning agents created to kill and remove mould spores and colonies. The real problem occurs when mould spores are airborne or grown on the structural elements of the property especially as it can be difficult to ascertain how far and damaging the mould growth is.

2.  What is the cause of the mould growth?

It is greatly beneficial to determine the source of the moisture that caused the mould when determining whether or not you should perform your own mould remediation. The source of moisture must be remedied as well as the mould. Knowing the source of moisture may also help you determine how much mould is present, especially if you know how long the moisture has been an issue. For example, you may know that your roof started leaking from a small hole a month ago which may help you determine how much mould is present and how deep it has grown. Again, the problem arises when there are unknowns. Even if you find the source of the moisture, you must be be certain on the length of time exposed and how deep the moisture has travelled to ensure the mould is removed and remediated completely. If you are uncertain, it is best to call in a professional Mould Remediation technician.

3.  Do you have the equipment, skills and knowledge to effectively remove the mould growth?

Many people try to remove and clean mould on their own as it can appear to be a small problem that can easily be dealt with. But there is often more than meets the eye. If you can see mould on your walls, there is a good chance there is more growing behind the walls. And what about under your furniture or inside your air ducts? Mould spores can be so tiny that they are difficult to see with just eyes and impossible to know how many are present on your own.

Why Hire Melbourne Forensic Cleaning for your Mould Remediation Needs

When you choose to hire a certified and professional mould remediation company, you can rest assured that the job will be done thoroughly and completely. They will send experts to your home that will be able to assess the extent of the damage and inform you of the required remediation and repairs. Melbourne Forensic Cleaning Mould Remediation and Removal technicians are able to ensure that the mould doesn’t return after remediation is performed.

Categories of Sewage Water Contamination and the Remediation Process

Understanding the Risks Associated with Hoarding in Melbourne

Restoring Your Belongings After a Disaster

Why Melbourne Forensic Cleaning is the leading Biohazard Clean Up Provider

We use cookies on our website to give you the most relevant experience by remembering your preferences and repeat visits. By clicking “Accept”, you consent to the use of ALL the cookies.
Cookie settingsACCEPT
Manage consent

This website uses cookies to improve your experience while you navigate through the website. Out of these, the cookies that are categorized as necessary are stored on your browser as they are essential for the working of basic functionalities of the website. We also use third-party cookies that help us analyze and understand how you use this website. These cookies will be stored in your browser only with your consent. You also have the option to opt-out of these cookies. But opting out of some of these cookies may affect your browsing experience.
Necessary Always Enabled

Performance cookies are used to understand and analyze the key performance indexes of the website which helps in delivering a better user experience for the visitors.

Analytical cookies are used to understand how visitors interact with the website. These cookies help provide information on metrics the number of visitors, bounce rate, traffic source, etc.

Advertisement cookies are used to provide visitors with relevant ads and marketing campaigns. These cookies track visitors across websites and collect information to provide customized ads.

Other uncategorized cookies are those that are being analyzed and have not been classified into a category as yet.