Mould Growth and Mould Remediation in Your Melbourne Property 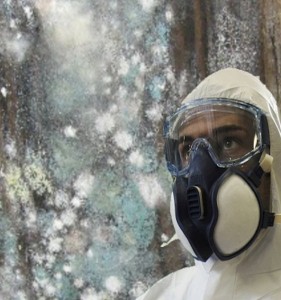 Mould is one of the most common threats to human health in Australia today. It can grow almost anywhere and often grows unabated; out of sight and out of mind.

Mould exists as spores in air and takes particular conditions including warmth and moisture to allow it to grow. In small quantities it may not be harmful, however as it continues to cover surfaces it will cause illness to those exposed to this microbial contamination. Mould Cleaning and remediation cost will vary and depend heavily on how much mould there is in your home, the kind of mould and the size of area contaminated with mould including contents.

How To Know If You Have Mould Colonies in your Property

Mould is one of the most common threats to human health in Australia today. It can grow almost anywhere and often grows unabated; out of sight and out of mind. Just because you can’t see mould you shouldn’t automatically assume that no mould is present in your Victorian home or business.

There are many simple things you can do the check to see if you have mould in your house yourself, and regular mould inspections by certified and trained Mould Remediation professionals are never a bad idea either.

Warning Signs You Have Mould Growth in your Melbourne Property

There are several key indicators that you should look for if you suspect you have mould, but you aren’t quite certain. You should routinely check for these indicators if you live in a very hot and humid climate or if you have recently experienced water leaks at your property.

Below are some common indicators that mold may be present in your home.

Mould has a very pungent and distinct smell. When mould is present in a room or general area, you should notice an unusual smell in that part of the building. Mould can live behind walls, under floors, or even behind wallpaper, so it may not be visible. If you notice an area with an unusual, musty odour, you may want to check for mould. You can cut a small piece of drywall to see if mould is present or pull up a section of carpet to check if mould is growing underneath. If you have a crawl space or basement, you should check there as well to see if you can find mould.

The Appearance of Mould

If you need mould removal at your home or business in the Melbourne or across Victoria, contact Melbourne Forensic Cleaning

Mould has a distinct appearance that can sometimes be confused with mildew. If you notice areas in your bathroom that appear to have mould, it is most likely mildew. Even if it is mould, simply clean it off. Mould you can’t see is the far greater danger to your health and the structural integrity of the property. If you have areas that stay humid or moist, you should check these areas regularly.

Mould Growth in Melbourne Properties Increases a Decline in Health

If you notice ongoing poor health, this may be a sign that mould is present somewhere in your home or office. Since mould is often found behind walls, in air ducts, or under floors, health may be a strong signal that mould is growing. If you are experiencing persistent congestion, watery eyes, or general listlessness, these may be strong indicators for the presence of mould.

If you need mould removal at your home or business in the Melbourne or across Victoria, contact Melbourne Forensic Cleaning. We will provide you with a comprehensive assessment of the mould damage that has been done to your property and an estimate of the cost and amount of time it will take to repair. We will assist you with your insurance claims to ensure that everything is filed correctly so that your repairs can begin as quickly as possible.

Why Bleach is Not Suitable for Crime Scene Cleaning

What Does It Takes to Become a Trauma Cleaner in Australia

Cleaning Up a Property Contaminated by Meth Residue

How to Deal with Suicide Cleaning in Melbourne

Why You Need Biohazard Remediators after an Incident in Your Home

Categories of Sewage Water Contamination and the Remediation Process

Why Melbourne Forensic Cleaning is the leading Biohazard Clean Up Provider

We use cookies on our website to give you the most relevant experience by remembering your preferences and repeat visits. By clicking “Accept”, you consent to the use of ALL the cookies.
Cookie settingsACCEPT
Manage consent

This website uses cookies to improve your experience while you navigate through the website. Out of these, the cookies that are categorized as necessary are stored on your browser as they are essential for the working of basic functionalities of the website. We also use third-party cookies that help us analyze and understand how you use this website. These cookies will be stored in your browser only with your consent. You also have the option to opt-out of these cookies. But opting out of some of these cookies may affect your browsing experience.
Necessary Always Enabled

Performance cookies are used to understand and analyze the key performance indexes of the website which helps in delivering a better user experience for the visitors.

Analytical cookies are used to understand how visitors interact with the website. These cookies help provide information on metrics the number of visitors, bounce rate, traffic source, etc.

Advertisement cookies are used to provide visitors with relevant ads and marketing campaigns. These cookies track visitors across websites and collect information to provide customized ads.

Other uncategorized cookies are those that are being analyzed and have not been classified into a category as yet.